Last week the colour of a dress divided the entire internet world into two sides. While one half argued that the colours were black and blue, the other half debated it to be white and gold. Never had anyone witnessed such madness over the colour of a dress among people and that annoyed many. Earlier this week, reports started coming up about why one sees it in blue and the other in white and so on. But while people were baselessly arguing and updating their status and choosing a side, there were some who discovered an opportunity to sell their products under the limelight of this much debated dress. We bring you some of the most smart, witty and quirky ads that came up soon after the dress took over the internet and turned frenzy. 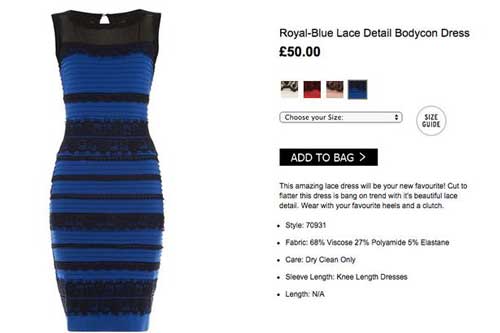 On 26th February, 2015, Buzzfeed started a poll where it asked its readers to decide on the colour of the dress. The site received millions of votes within hours with most readers siding white and gold. Later that evening, Buzzfeed published another post after finding the dress on a United Kingdom based online store that was selling the dress. It also declared that the dress was black and blue and that triggered the argument way further. The store is named Roman Original. Well, what a perfect time for the store. We are sure it hiked up the sales like never before. Well the dress  is also available on EBAY, have a look at it. 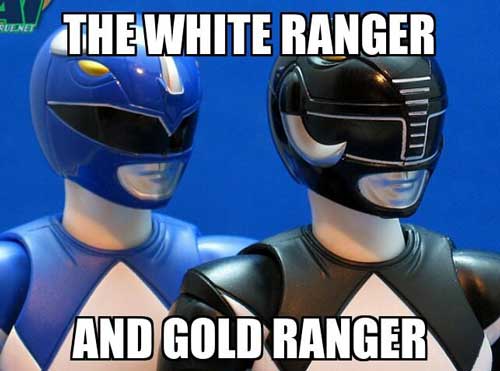 This one really cracked us up. Mocking the entire debate over the colour of the dress Redditor uploaded an image of a black and blue power ranger with the tag line,

“The white ranger and the blue ranger”

Readers voted and reacted in bucket loads over this smart image. 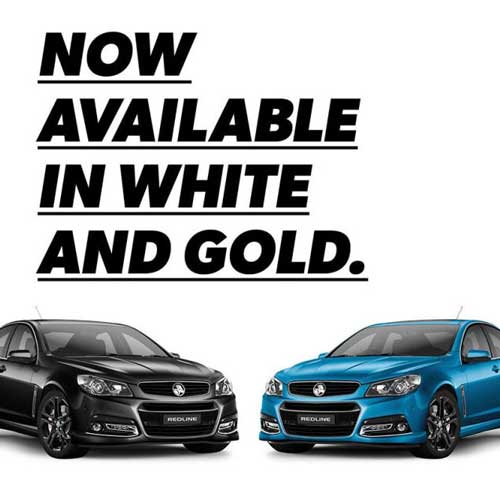 When everyone’s running around in a crazy frenzy, cars joined the race too? Holden’s smart advertising team came up with a fantastic ad keeping in mind the whole dress debate. They put up an ad of two cars, one in black and the other in blue with the tagline,

“Also available in white and gold”

The ad is considered to be Holden’s best take on the whole issue. Well play Holden! 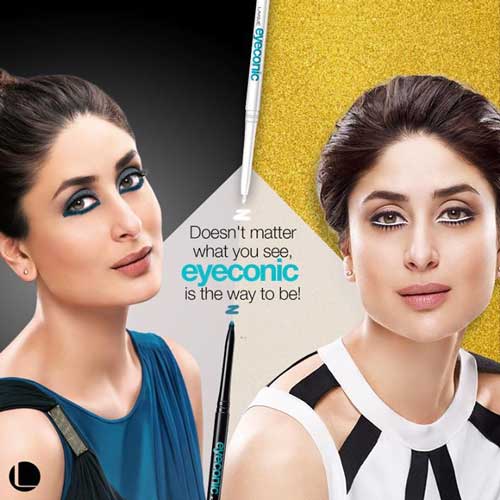 This one’s our personal favourite. While everyone was concerned about the colour of the dress, Lakme published an advertisement with Kareena Kapoor endorsing their eyeconic eye liner in blue and white with the tag line,

“Doesn’t matter what you see, eyeconic is the way to be.”

Do you have something equally funny or crazier to share about “The Dress”? Write to us and we will publish it.

You may also Ads/short Films that went viral online

ROFL: You Have To Watch This Doordarshan Style Review Of Game...

Shah Rukh Khan 23 Years: The Actor Thanks His Fans On...

Supercool: Ranveer Singh Paying A Fan Tribute To SRK Is All...

10 Creative Dosa Recipes That Will Change The Way You Look...