So, we often watch Hollywood movies in Hindi and laugh our hearts out at the terrible and mind-numbing translations. Bhojpuri films have added another quotient to these films by translating them in Bhojpuri and entertaining us. Now, imagine the same films in Gujarati! It sounds crazy right? Well, crazy is to put it very mildly. TheGujjuGyan  has just managed to that and beyond. These guys have translated the most famous Hollywood dialogues in Gujarati and funny is just an understatement. It really takes a lot of imagination to and a twisted sense of humour to come up with something like this. If you are a Gujarati or understand the language and if this doesn’t light up your day, we don’t know what will.

(Disclaimer: The images and the concept are completely and solely owned by TheGujjuGyan. We do not wish to pass the impression that we own any of these images or helped with the concept or the translations)

“Spartans! Ready your breakfast and eat hearty… For tonight, we dine in hell!” 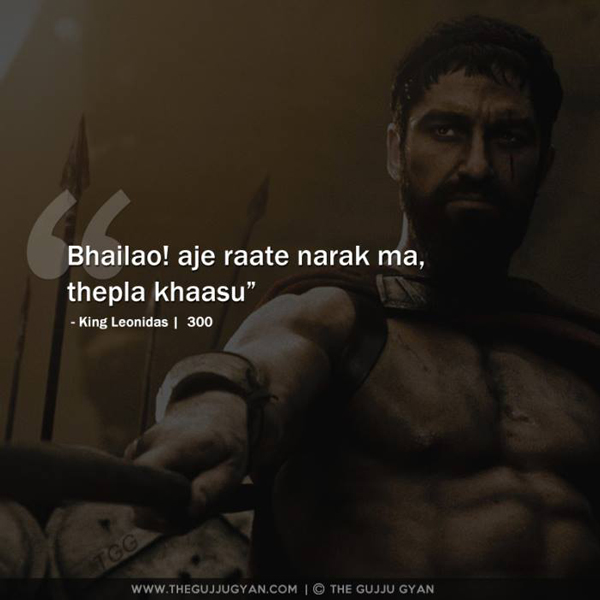 And 300 just got hilarious! As if Meet The Spartans wasn’t enough already! To take things further, for all we know the Spartans actually carried theplas and undhiyu in lunch boxes in the Gujarati version! 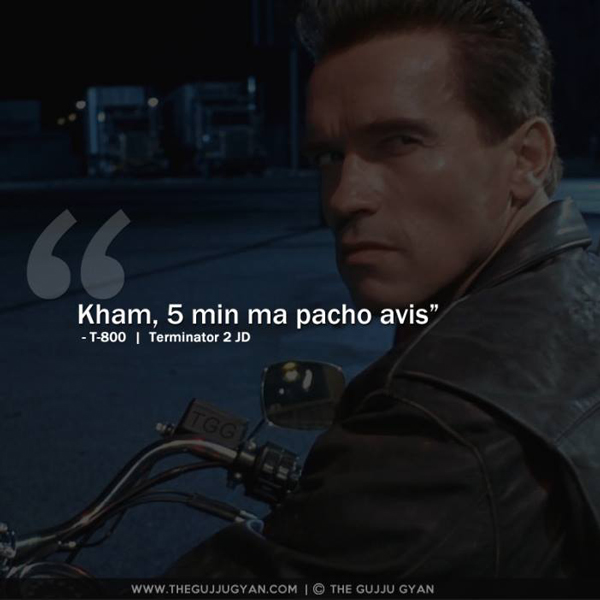 Wow! T-800 just became that Gujju friend we all have who makes us wait for ages! And just imagine this dialogue in Arnold’s voice. ROFL! 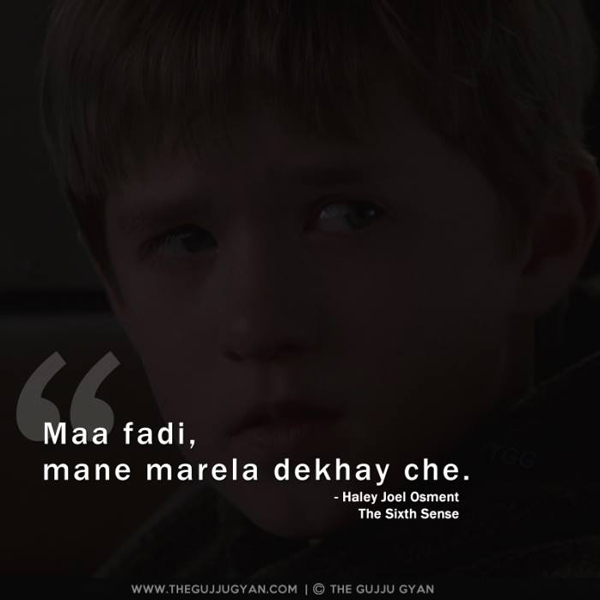 “Houston we have a problem” 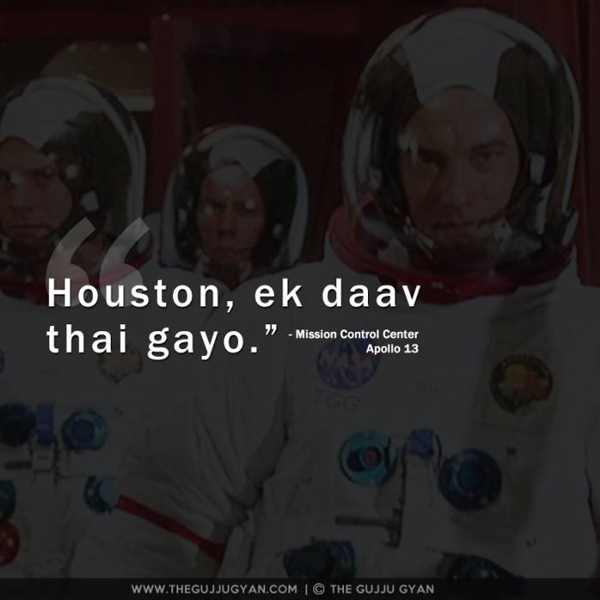 Ha Ha! Probably every Gujarati can relate to this one. “Daav” is our version of “goof-up”. So aptly used here. Kudos!

5Movie: Lord of the Rings, Dialogue by: Boromir

“One does not simply walk into Mordor.” 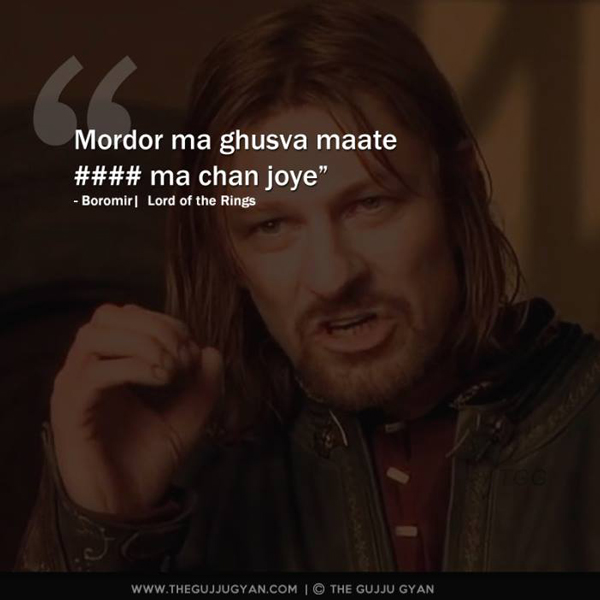 Describing this one is a sin. Just read and laugh till your stomach hurts! 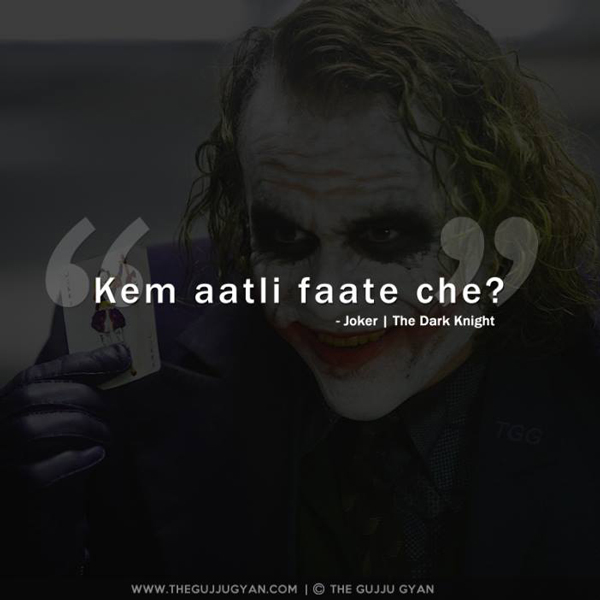 Sorry Heath Ledger for ruining the epic-ness of your dialogue. On second thoughts, we really aren’t that sorry. *winks*

“Luke, I am your Father” 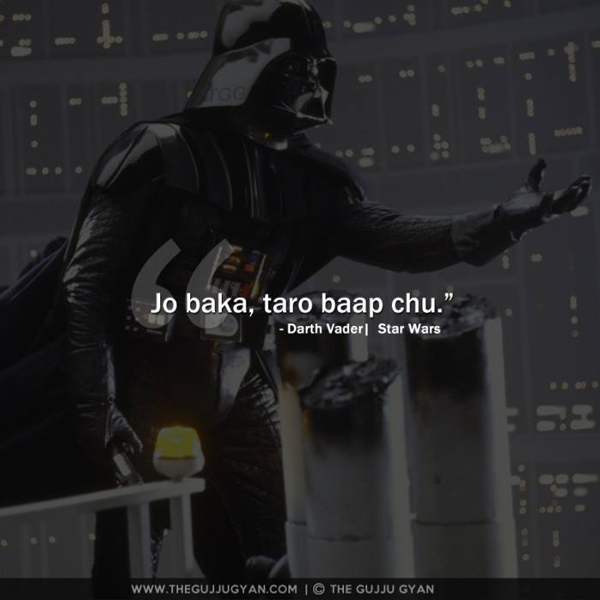 Finally! The legendary “Jo Baka” finds its place in translation and how!

“Life’s a box of chocolates, Forrest. You never know what you’re gonna get.” 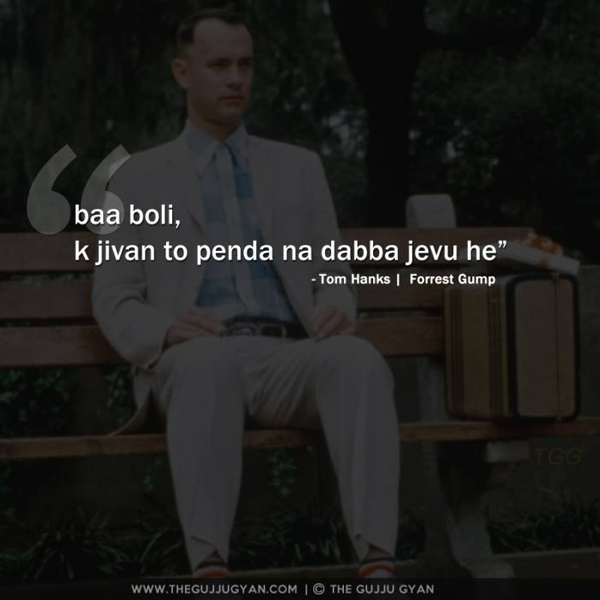 Gujaratis and pendas are synonyms! Using that analogy here is absolute brilliance and ridiculously hilarious! 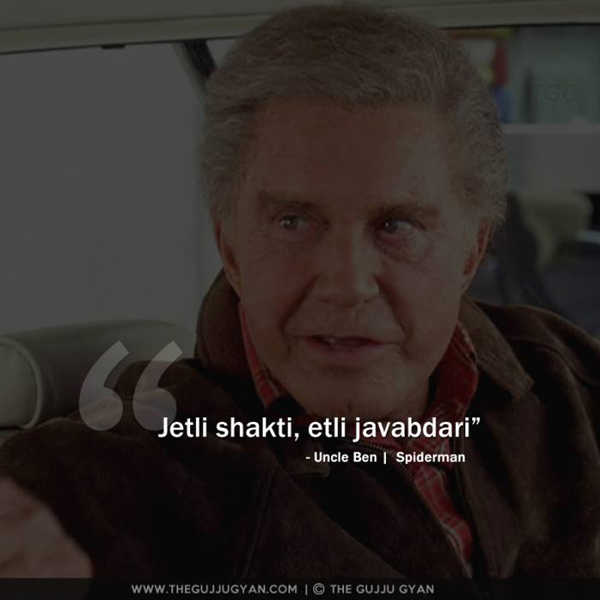 This is exactly how a Gujarati “kaka” (uncle) would have advised Spiderman. LOL!

“I’m gonna make him an offer he can’t refuse” 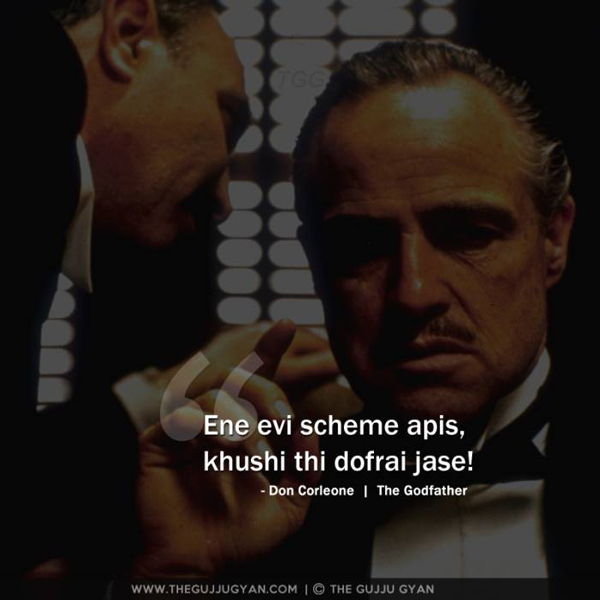 Have something similar or funnier to share? Please write to us and we will put it up.

You may also like HOLLYWOOD DIALOGUES YOU CAN USE AT WORK

The Flip Side; A Short Film On How Women Use The...

IF BREAKING BAD WAS MADE IN INDIA

7 Times JOEY was that best friend every Girl wants