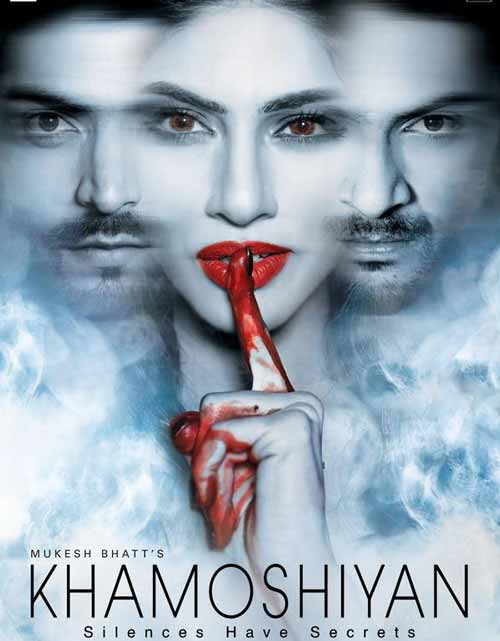 The film begins with a one book wonder writer Kabir (Ali Fazal) who is looking for an inspiration for his new book. His quest takes him to the beautiful and snowy Kashmir wherein he meets a beautiful woman named Meera (Sapna Pabbi) who is the care taker of a deserted guest house. Kabir finds it amusing and finds out that Meera is married to the owner of the guest house, Jaidev (Gurmeet Chaudhary), a charming and wealthy business tycoon, who later lost all his wealth and was only left with the guest house. She says that her husband has a controlling demon inside him and that’s why he is usually ill and bed-ridden.

As Kabir begins to explore the place and dig into Meera’s life, he finds out certain secrets and events that she has been hiding for long. His questions and inquires are only met with silences from Meera. They just end up drawing him more towards her and her life. The answers to all the questions are revealed in the second half and they are quite shocking.

The story is crisp and very well written. Vikram Bhatt has done a fantastic job with his pen and paper and keeps the audience engaged. Eroticism as always been a part of the Bhatt camp and this film is no different. What is really interesting to watch out though is the chemistry between the actors. Sapna exhibits a very comfortable chemistry with both the lead actors. As far as the performances are concerned, both the men steal the show. Gurmeet has grabbed this opportunity with both his hands and his performance as a charming but an evil businessman is impressive. Ali too plays his part as an inquisitive writer very well. Sapna, as the secretive woman really draws you towards her. After all the crappy horror and thriller films that we are projected to, time and again, this one comes as a refreshing change. In spite of the fact that the film doesn’t really have any megastars or established actors, the film projects heart-felt, genuine performances. The film is quite slow in the beginning but gradually picks up that much needed pace that horror-thriller films require. The story really doesn’t have something new to offer, but the way it has been told and directed is very fresh and welcoming.

Although the film’s music is given by the very famous Ankit Tiwari and Jeet Ganguly, none of the songs are a hit. The music is likeable though and adds to the mood of the film

OUR VERDICT: It’s a decent film to watch on a lazy weekend.

BADLAPUR REVIEW: WE SAY DON’T MISS THE BEGINNING AND THE END

6 Unusual Indian Dishes You Must Try

Mirande : From Fame To Self Discovery; The Singer Shares Her...