WHEN SECRETS WERE REVEALED IN Friends – PART 1

We all love Friends since years. We have laughed and cried with our favourite characters. There have been events in the series that have left us asking for more. One of these is when secrets of certain characters were exposed. It created some of the most hilarious moments in the show. Have a look!

Carol is a lesbian

This one really cracked us up. Not for any other reason but for the way Ross reacted to it (poor guy). And do you remember the way Joey reacted?

Ross: My wife’s a lesbian.

Don’t we all love this one? Ross did the sweetest thing for Rachel years back and she didn’t know.  And when this little secret got out, it got our favourite couple together on the show. We loved Phoebe’s reaction the most. Most of us fell in love with Friends all over again after this! 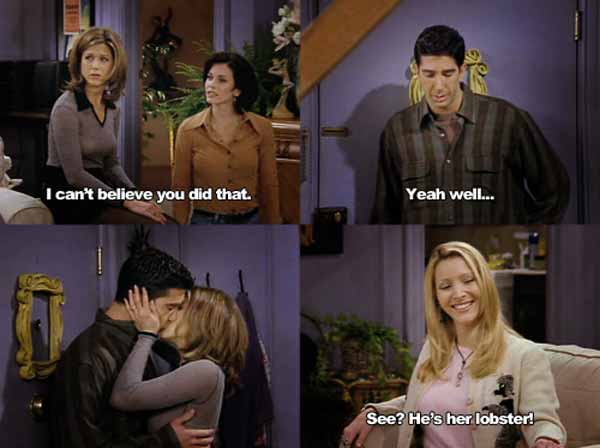 When Ross slept with the girl at the copy place

We already knew what was coming after this one and yet we secretly wished that Rachel would forgive him. This one also raised the most debated argument ever. “They were on a break”. By the way, does anyone remember what was happening in the other room?

Joey: I think I need a new walk

Chandler: are you actually saying these words. 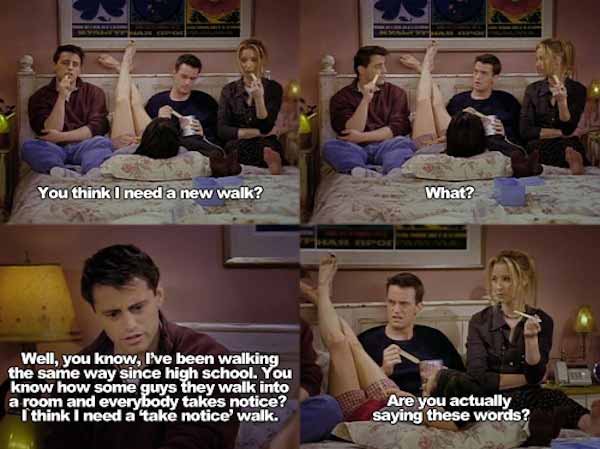 These guys sure know how to crack us up in tense moments as well.

So, finally Ross and Rachel were together again and it all got ruined by Rachel’s letter. “It was 18 pages, front and back.” And Ross obviously fell asleep. When this got exposed, it gave rise to one of the most hilarious arguments on the show. We love the end of the argument.

Rachel: Hey just so that you know. It’s not that common, it doesn’t happen to every guy and it is a big deal!

Chandler: I knew it! 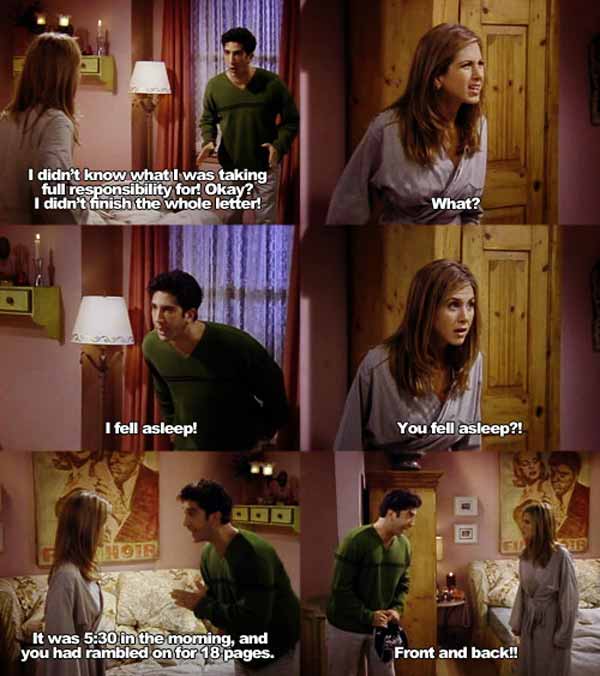 When Rachel gets pregnant

It seems like Ross was the favourite guy of the writers. We really feel bad for him sometimes all bombs are targeted at him. We obviously remember his reactions to the news. What cracked us up was this,

Ross: But hey, in my defense I just found out that condoms are only 97% effective. I got to go.

Joey: Woah! Hey! Are you serious? So the remaining 3% there is no guarantee? They should put that on the box. 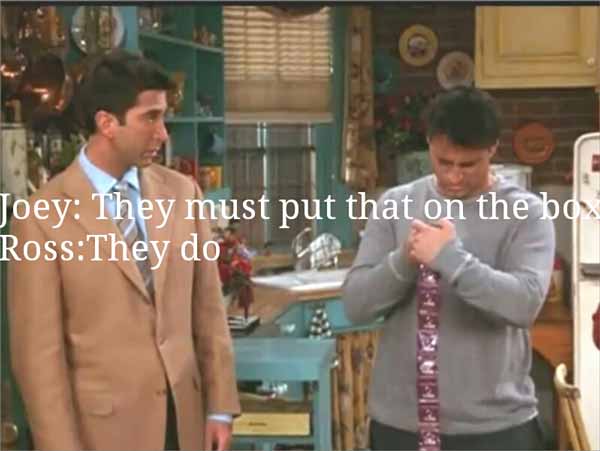 This smart man managed to convince every woman he went out with to sleep with him in the very first date with the same story. When Monica found that found she felt terrible and used. Does anyone remember Joey’s reaction?

Monica: I just thought he was nice, you know.

Joey (laughing): I still can’t believe you didn’t know he was lying. 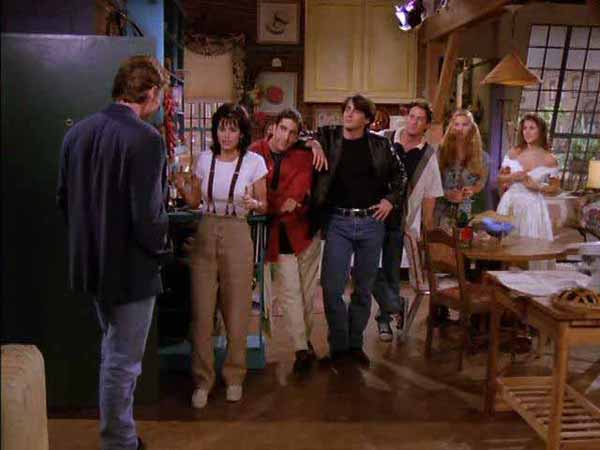 Nothing, we repeat, nothing gets close to this one. When Chandler reveals Monica’s secret sex in the balcony story, she avenges him by revealing about his “third nipple”. What followed were a series of mind blowing comments to mock him. Friends didn’t only teach us laugh; it also taught us some of the best one liners! Those you can see in the images below. We also loved what Joey said,

Joey: What a nipple? You said it’s a nubbin

Ross: Joey, what do you think a nubbin is?

Joey: What the hell do I know? You see something, you hear a word, I thought that’s what it was! 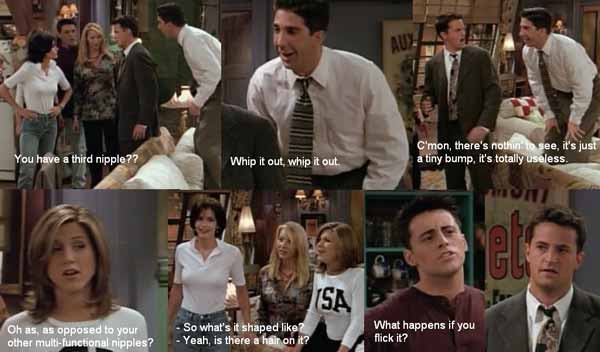 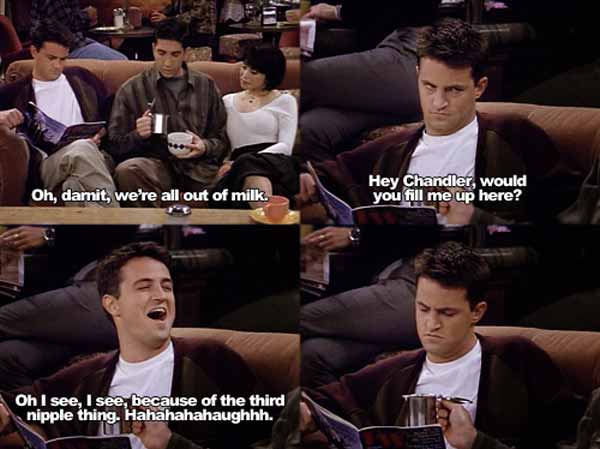 Well, this was only the first part of secrets revealed in F.R.I.E.N.D.S. Wait for the other parts, we promise to crack you up with all the versions.

This Detailed Game Of Thrones Fan Theory Claims The Starks Are The Seven Gods And It’s Burning The Internet!

Hilarious! This Is What Will Happen If You Invite Jon Snow To A Dinner Party

This Series Of Tweets By Maisie Williams About GOT Season 8...

11 Ahmedabad Food Wagons You Must Visit Once

This Is The Most Inspiring Speech By Dr. APJ Abdul Kalam...