These images have gone absolutely viral these days and we just know why. If you already know the story then you know what we are talking about. If you don’t know yet, well these two images are worth every penny. Atif Saeed, a natural photographer in Pakistan, had a very close encounter with a wild, angry (literally!) lion at a safari zoo park near Lahore. Being a nature photographer, he told the Dailymail that he wanted to capture the various characteristics and the nature of the ‘King of the Jungles’. He was sitting at a distance and clicking the lion’s photographs. The animal obviously looked extremely angry and in a matter of seconds the angry lion pounced on him.

Luckily Saeed had kept the car’s door open and therefore could plunge into his car in time and save his life. Just seconds before this happened; he was able to capture these exclusive images that he can take pride in for the rest of his life. We just hope Saeed doesn’t take such risks again.

It is often said that a lion won’t attack you unless he is angry or hungry. And when he is feeling any one of those; it’s just not the time to stand before “The King of the Jungle”. What Saeed did fetched him a lot of praise and appreciation, but this may not be the case always. If you were to look at these images; you will feel as if the lion is going to jump out of your computer screen and pounce on you. It’s an emotion we haven’t been able to define yet. If you ever wanted to see what an angry, roaring lion looks like; this is your ticket right here!

Now, coming to the images, thriller, absolutely thriller! A lot of people have rather been divided on this one. While many found the images beautiful, most also found it absolutely scary. We leave the decision up to you. 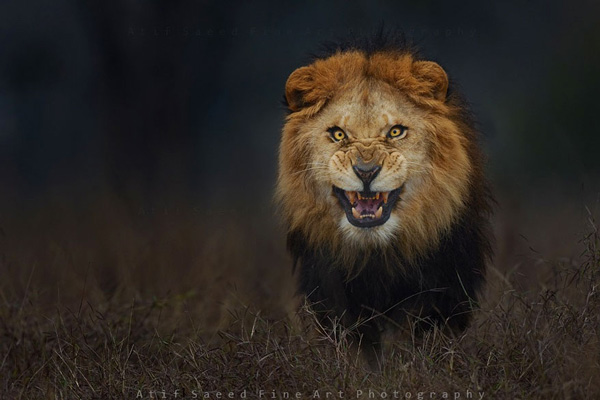 Courtesy Atif Saeed
Look at his eyes, the hunger and aggression, My God! 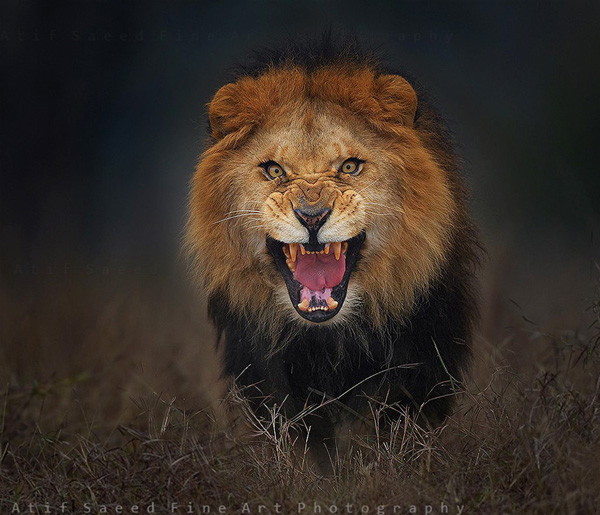 Mother by Choice a Touching Video on this Mother’s Day

This Friends Themed Bridal Shower Is Every Girl’s Dream Who Loves...

Gujju Dil Dhadakne Do Will Make You Laugh Till Your Cheeks...