The human brain is full of possibilities and while we were exploring several options to keep you engaged and entertained, we came upon this brilliant and wacky idea of presenting your favourite TV series in a brand new Avatar. F.R.I.E.N.D.S has always been our most favourite show for over decades now and the buzz around it never seems to die. There isn’t a single episode that we can pin point and say that it was the best. We will always end up listing episodes from every season that entertained us. But just imagine if F.R.I.E.N.D.S was on Snapchat, how would it be? Whether it would be as fun or not; we leave that for you to decide. But it would be great fun to actually have images of characters in Snapchat style. Therefore, only for the love of creativity and the deep desire to execute this rather wacky, drunk idea, we present F.R.I.E.N.D.S on Snapchat for the very first time. We have started with episode one and only taken a relevant scene that we thought we could create in this app format that is currently entertaining people in the virtual world. We have also altered the dialogues a little in order to create maximum effect of the series and the app clubbed together.

The scene that we have selected is the opening scene from the first episode of F.R.I.E.N.D.S. Have a look! 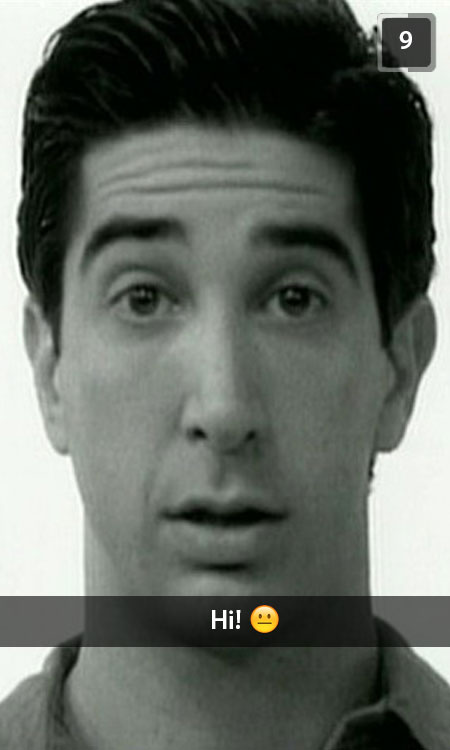 This guys says hi and I want to kill myself 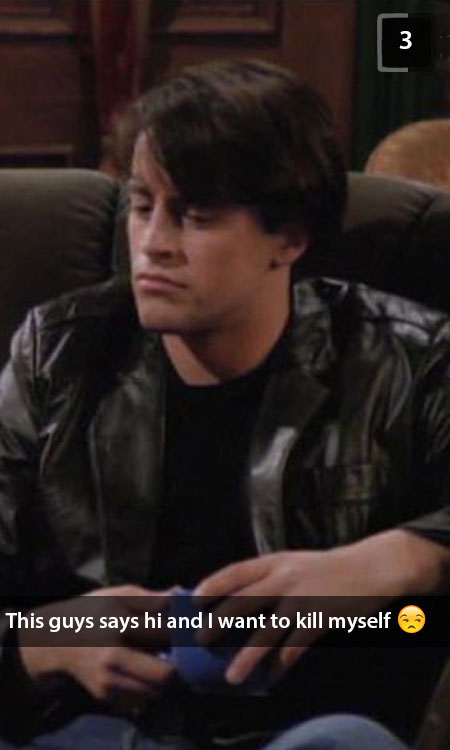 Do you want some coffee, sweetie? 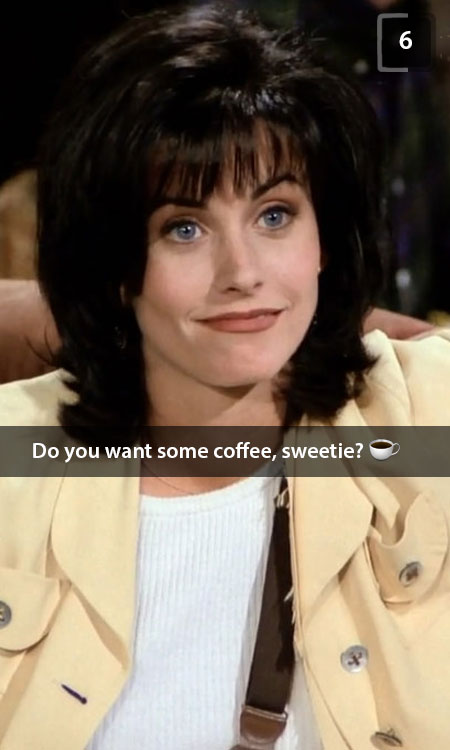 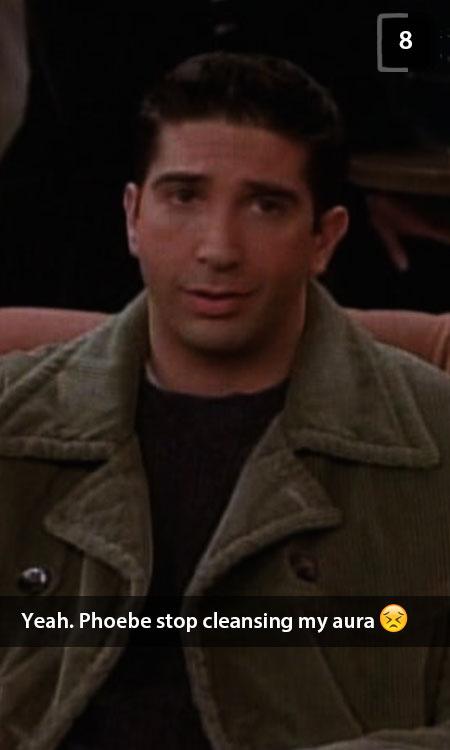 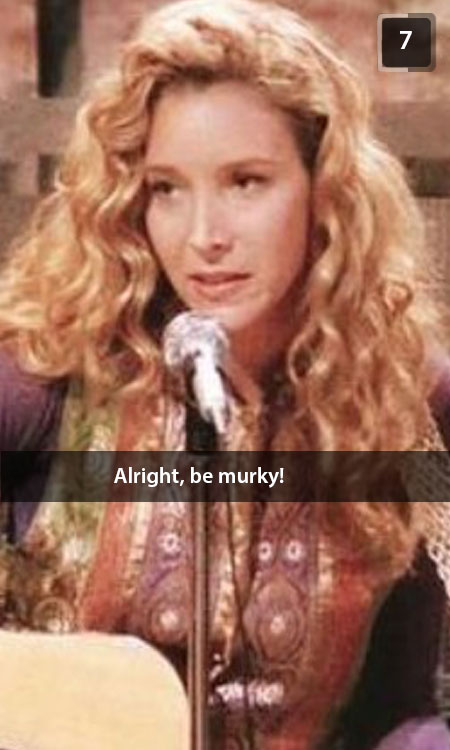 Dude, it’s not your fault if your wife’s a lesbian. 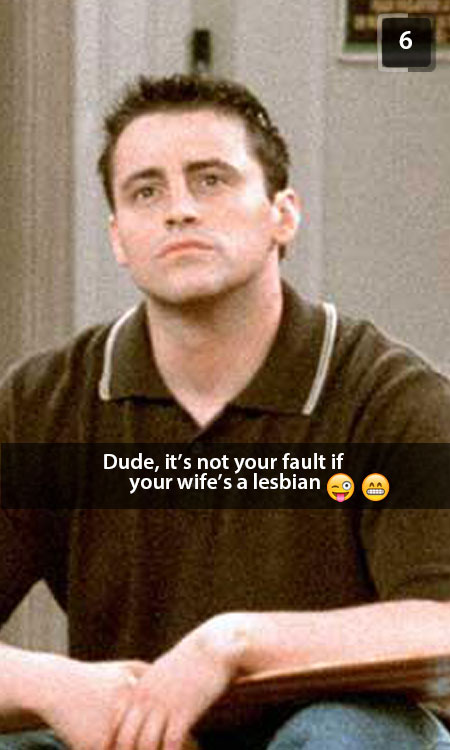 Sometimes I wish I was a lesbian. 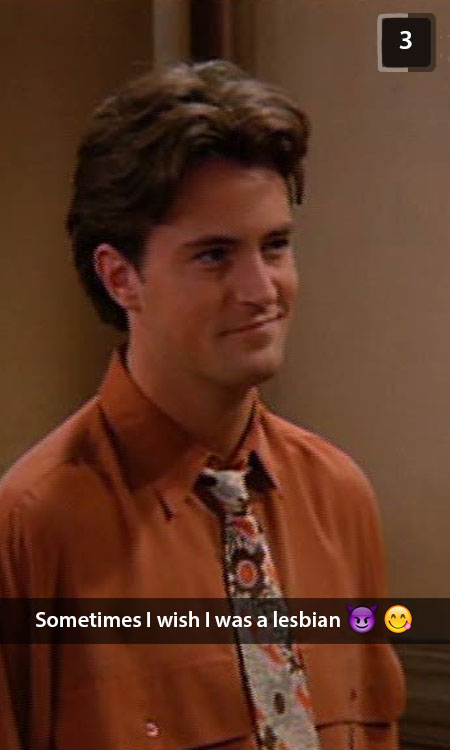 I just want a marriage. 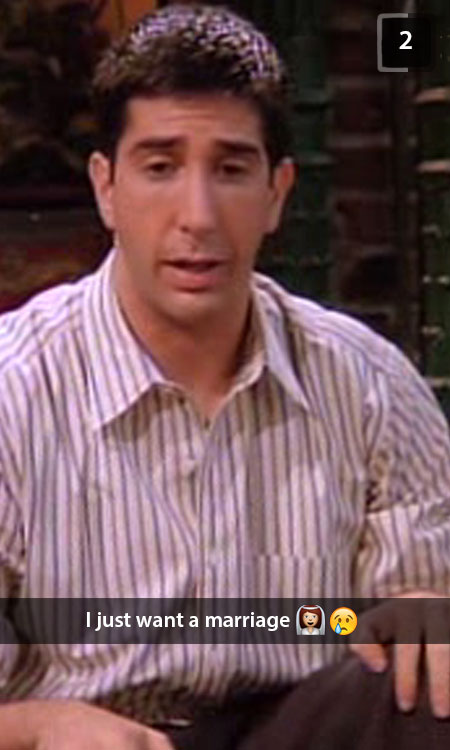 And I just won a million dollars. 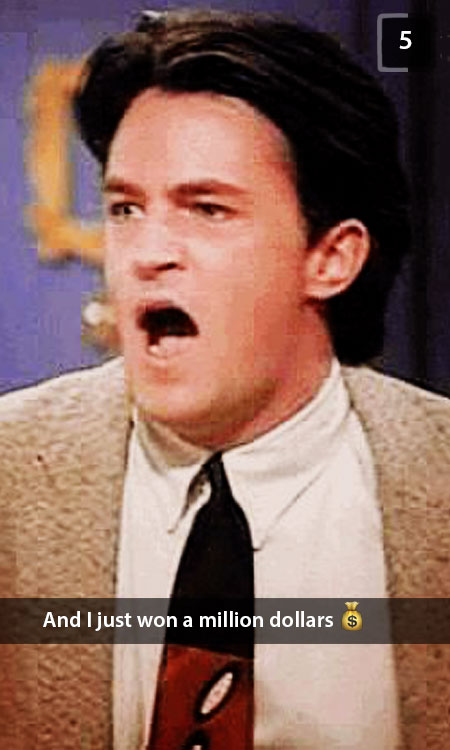 You may also like JOEY THE BEST FRIEND EVERY GIRL WANTS

5 Unusual romantic Ideas for this Valentine’s

We Believe Bran Stark Is Accidentally About To Destroy The Wall

Stop Saying He Lost The Battle! Not To Us! David Bowie...