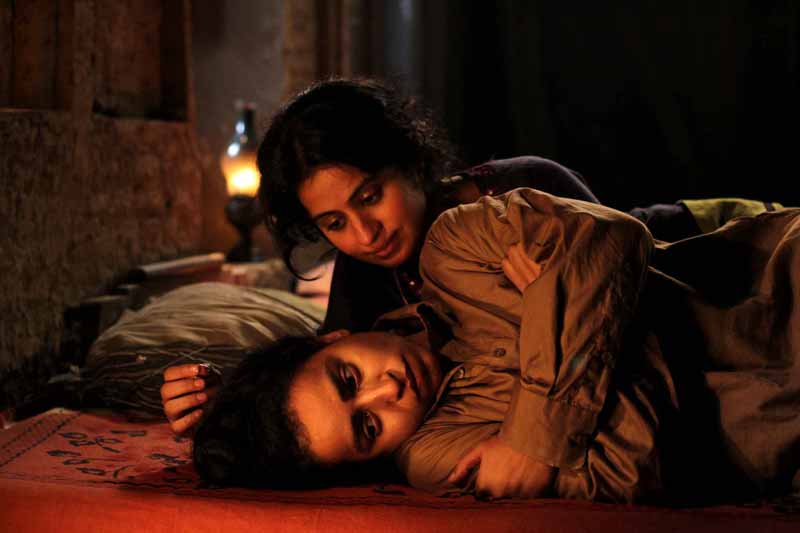 We are quite sure that most of you don’t even know that such a film exists. Well, let me tell you; it doesn’t only exist, it breathes and will leave you in gasps with its brilliant narrative and theme. The Indian-German drama was released in Germany last year and has finally hit the Indian theatres today. (20th of February)

Umber Singh (Irrfan) is forced to flee Pakistan during partition and reaches Punjab, India. He seems to be doing well for himself but isn’t satisfied since he has three daughters. His only wish is to have a son so that he can ‘die in peace’ and constantly questions his wife Mehar’s (Tisca Chopra) ‘inability’ to produce a male child. Within a span of time he finds out that Mehar is expecting again and this time he insists at remaining present during the delivery. Luck fools him this time again and he has a daughter. He is so angered by it all, that he decided to raise his new born daughter, Kanwar (Tilottama Shome), as a boy.

The second half focuses on Umber’s obsession with a male heir and his daughter’s complicated idea of sexuality. Things take a shocking turn when Umber marries off Kanwar to a gypsy girl Neeli (Rasika Dugal). Neeli is forced to accept Kanwar as her husband and chooses to maintain her silence in exchange of favours from Kanwar.

The film has a multi-layered narrative. A wife’s plight at not being able to bear a son and being dominated by men all around, a man’s desire for a male heir, a daughter’s pressure at not losing her position as a ‘son’ and simultaneously dealing with female body issues, a girl being forced to accept another girl as her ‘husband’; it’s all layered and yet explained in simplistic beauty.

There is no sexual tension between the girls, rather one liberates the other. Issues start cropping up when Umber starts demanding a grandson out of the girls. The ghost doesn’t really disrupt the track; it rather becomes a part of it seamlessly and takes things forward.

I could probably go on and on about the complex theme, the director’s brave attempt at dealing with a subject so sensitive, the cinematographic beauty, the brilliant performances and the consequences people bear because of one person’s obsession sometimes; but I will leave it up to you. Please, don’t miss this one. It is made with a lot of heart and is bound to touch yours. It’s such a wonderful critique at the obsession and helplessness of a man who wants a male child; it moves your heart in ways you haven’t felt before. We don’t even know how long such a film will last in the theatres (blame our lack of interest in such films), but while it’s there, do give it a look!

Our verdict: Missing this one is a sin!

Also have a look at Badlapur Review

10 Reasons Why Vadodara Is The Heart Of Gujarat