ANY GUY BUT CHRISTIAN GREY 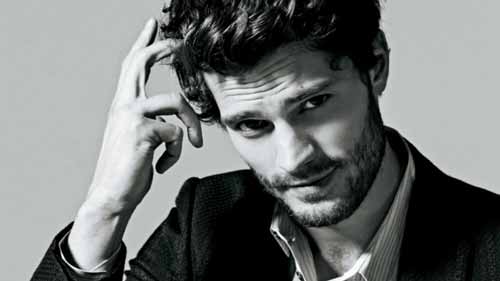 For a few years now, I have watched women read 50 Shades of Grey and drool. I have watched them dream and breathe Christian Grey every single minute. And lately, I have watched them blush and giggle every time a bare-chested Jamie Dornan carried Dakota Johnson to his room in the movie. What is this obsession with Mr. Grey, dear women? Is it because he is handsome or because he is wealthy? Don’t tell me because he is romantic. He isn’t. I am going to burst your dream bubble in the next few minutes, so if you aren’t ready for it, read no further.

Has anyone out here heard of the famous American playwright called Tennessee Williams? Probably, women and men studying literature might have. A Streetcar Named Desire is one of his most famous plays. His male protagonist is called Stanley. He is this strong alpha male; the ‘provider’ of his family. He addresses his wife as ‘baby’ in most cases, plays poker and doesn’t find anything defiling in smacking his wife’s ass in front of his friends. He has a vicious temper, he yells at his wife, hits her and when she leaves him, he creates a scene, beats his chest and cries out her name in such agony that it could shake bodies out of their graves to console him. His idea of resolving an argument with his wife is to have sex with her and his idea to dominate and ‘tame’ a woman who makes her own choices is to rape her (he rapes his sister-in-law). Sounds like he’s some rat-ass bastard, right? Oh, but wait! He is ridiculously handsome, has a chiseled body and can charm any woman into dropping her pants and plunging into a bed with him. Plus, we had the raw and sexy Marlon Brando playing Stanley in the movie that was adapted from the play.

Christian Grey, dear women, is a very cheap shadow of what Stanley is. I deliberately use the word ‘cheap’ because A Streetcar Named Desire is a classic play with layered dialogues and shades of ‘gray’ in characters that are real and believable. 50 Shades of Grey is a far cry away from literature. It is anything but literature. Coming back to Mr. Grey, how is he any different from what I just said about Stanley.
He appears at her work place uninvited, records her calls, shoves a MacBook in her face so that he can constantly know about her day, horses around in a jealous rage even if he sees her talking to another man (while he continues to keep in touch with his ‘ex partner, because you see that’s different), every time they have an argument and she leaves: he appears uninvited at her apartment, pins her down and has sex with her (read rape) even though she keeps saying a ‘no’, he hits her with a leather belt until she cries blue and runs away, he cries like a baby; asks her to return and proposes marriage to keep her. The only way he understands anything between a man and a woman is a dumb, creepy contract between them. He neither understands intimacy nor love. It’s just about him, ALWAYS. His subordinate, his company, his rules, his ‘mood’, his world, his money, his freaking cow for all I care. Where is the girl in all of this?

And please, for God’s sake, don’t tell me “look how she changed him”, “love changes everyone”, “he loves her, he just didn’t know its love”, that’s a lot of horse crap. Would you, women, on a personal level, agree to take so much beating, be treated like a commodity, get raped, stay without expressing your opinion, never be allowed to decide and so much more so that one day your ‘love’ changes your so called ‘man’? (If he abuses, he is not a ‘man’, period). Just because someone as hot as Marlon Brando slaps a woman doesn’t mean it’s sexy. It’s still an insult, an abuse and there are no two ways about it.

Also, I am not saying these things because I bumped into a priest who gave me such wisdom. Sex is not my problem (it cannot be anyone’s problem), my issue here is abuse and violence.

So, the next time you idolize a man; please look beyond his McDreamy face and his innocent eyes. See him for the man that he is and then decide. For every woman who is subconsciously praying that she finds a Christian Grey for real; there is a sane man silently praying that she DOESN’T.

Any guy but Christian Grey

14 Reasons Bajirao Mastani Is Going To Be The Film Of...