Saina Nehwal has been our pride for long. She has managed to put our country on the world map single-handedly in a sport that people don’t care about in this country. Come on, most of us didn’t even know ace badminton player Mr. Prakash Padukone until his daughter became a superstar in Bollywood. Saina Nehwal brought immense hope for other sports in the country when she got ranked world no.1 yesterday. But, her journey hasn’t been easy and she has sacrificed way too much in her endeavour to be the best. She has talked about her journey in several interviews; from her mother slapping her for losing a match to craving for a pizza for moths, she has tolerated it all and conquered. Saina is not only a role model for Badminton, she also personifies self control and dedication. Her victories belong to the country, but no one owns up to her misses. Those belong to her; she takes them in her stride and conquers the top again. She defines a modern woman who has the potential to inspire and change the face of this country for sports. These 8 quotes by Saina the brutal reality of India and its attitude towards girl child, other sports and the general approach of the people towards any sports other than Cricket. They are an eye-opener for the country that is obsessed with cricket and cannot see beyond it. Imagine if we had encouraged other sports, we could have had many more Sainas in the country. 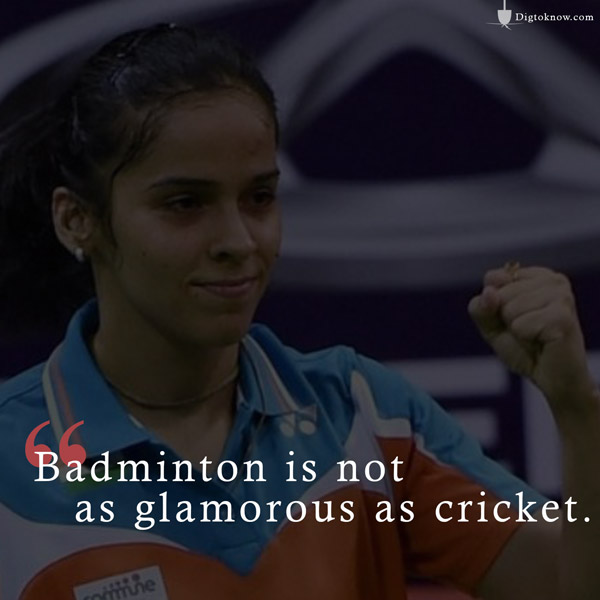 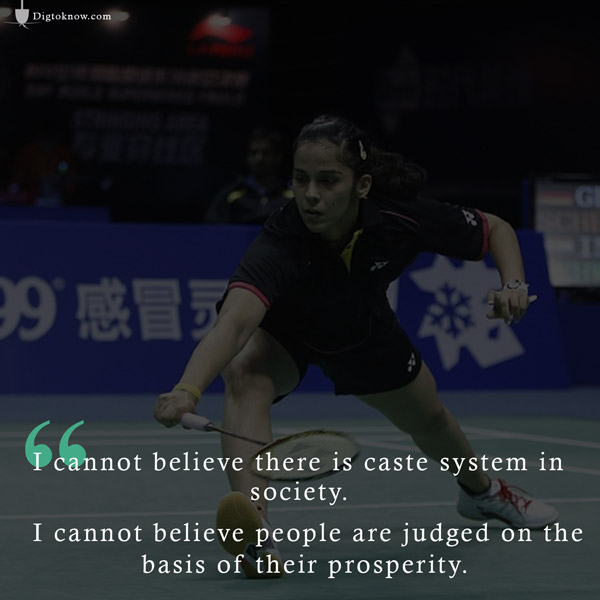 India, are you listening? 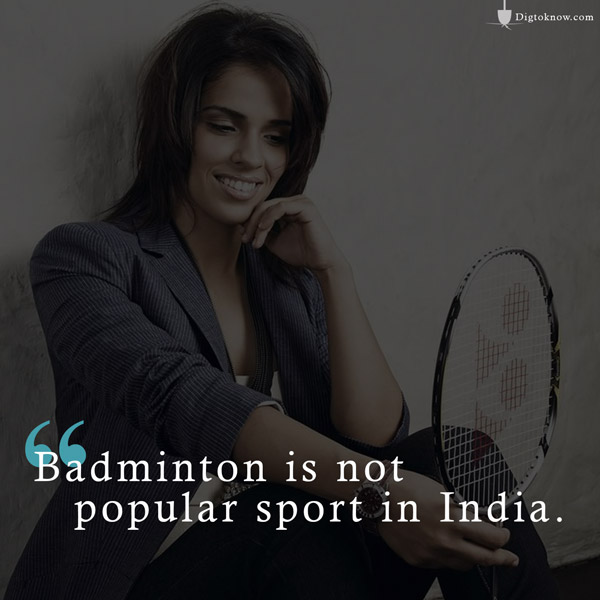 Yes, badminton isn’t popular. If it was, people would have written posts about you today for being number one and not sit only defending Mr. Captain and his boys. 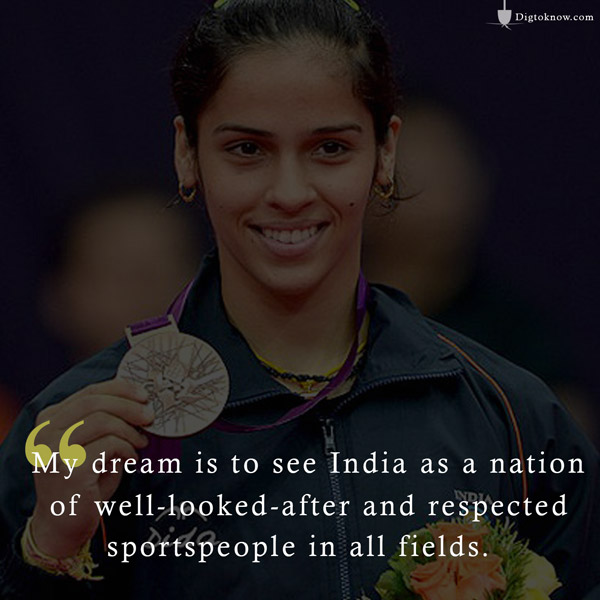 It’s our dream too! 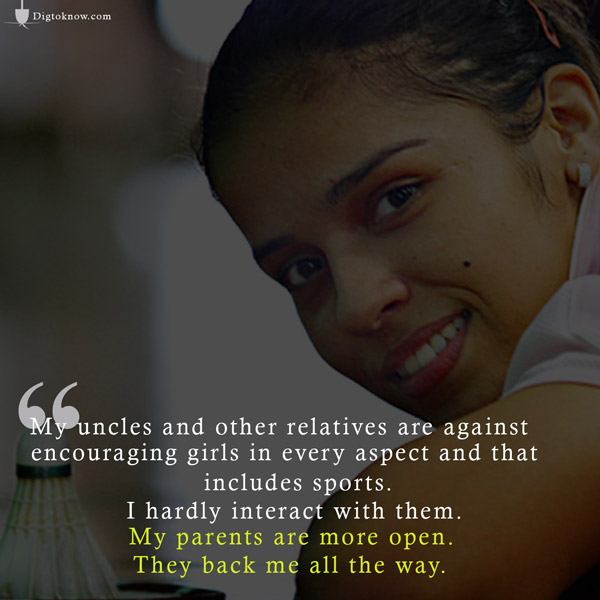 It’s a story of every other family in the country. 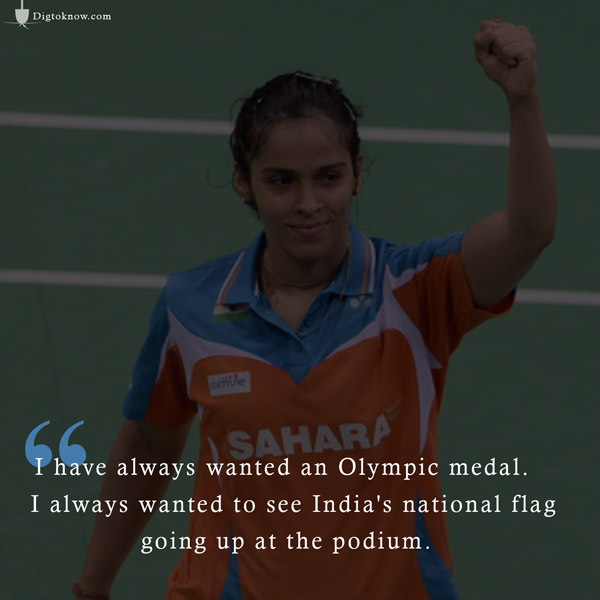 We are so proud of you, Saina. 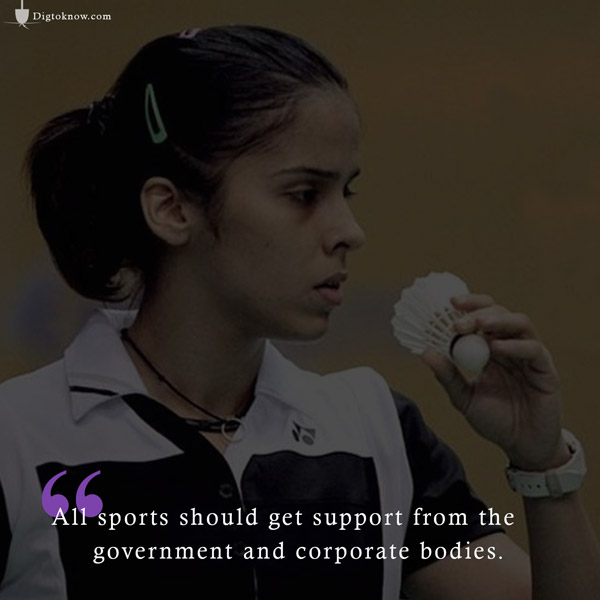 We hope the government authorities are listening. 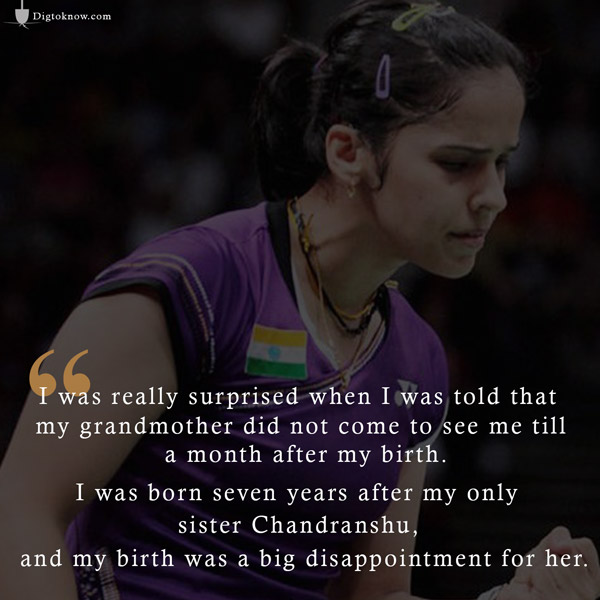 We are shocked too!

Today, nobody is posting pictures of this woman with her quotes and praising her. Why? We wonder. We all mourned and supported our team when we lost to Australia in the world cup, isn’t it our duty to celebrate this woman and her success as vigorously? Hasn’t she made all of proud?

You may also FORGOTTEN SPORTS HEROES OF INDIA

A Hilarious Video On What It Is Like Being In A...

5 Tips To Help You Sleep Better

6 Must Visit Restaurants In Thailand And What To Eat There